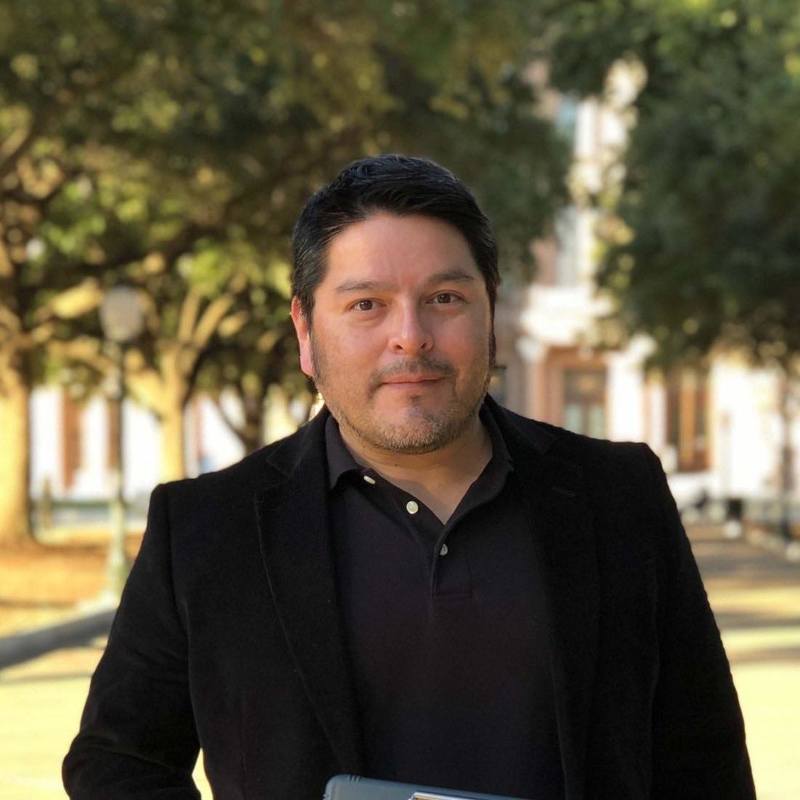 Mat Pruneda is a resident of Denton. In his early life, he lived in various places across Texas. He moved to Denton in the 1990’s and then moved away. Pruneda returned to Denton with his family in 2008, after carefully thinking about where he wanted to raise his family. Pruneda attributed Denton’s progressive politics as one of the motivating factors that brought him and his family to Denton. He works as a financial analyst, ensuring that consumers are protected by working on reports to the Federal Reserve Board. Pruneda is politically active as an activist concerned with the environment, healthcare, and human rights. He is a commissioner on Denton’s Planning and Zoning Committee. And, Pruneda is currently running for Congress for TX-26 which encompasses Denton County and Tarrant County.

Pruneda equates his involvement with the Frack Free Denton movement with the grandfather who is asked to detail their involvement in the Civil War: he was alive during the Civil War, but he can tell you a lot more about Reconstruction. Pruneda discusses how the fight to ban fracking is still an ongoing fight. Throughout his interview, he describes how setback distances are still an issue. He highlights how legislation at the state level is still being passed that restricts how citizens can protest the gas and oil industry. Most importantly for Pruneda, the health effects of fracking have hit close to home for him. Pruneda’s son developed asthma, leading Pruneda to connect the dots between state government, healthcare, and the environment. He is now concerned for future Dentonites as they will inherit much of the effects of fracking in Denton.

To learn more about Pruneda's experiences, listen to his full interview. Shorter, thematic clips may be accessed through the site's search.