As locals became increasingly aware of the potential health risks and environmental damage caused by the fracking process – and as new wells continued to pop up in more visible/concerning locations – the activism that would lead to a vote to ban fracking began. The people who engaged in this debate, regardless of the side they chose, did not have much in common on the surface. Participants ranged from university professors and local experts, politicians, environmentalists, business owners, and families, all with mixed backgrounds in activism. The common thread that connects them all, though, is a belief that they are supporting what is best for Denton and its residents, and who better to decide what is best for the city than the people who actually live there?

“I think activism can be anything. It can be just talking to your neighbor.” – Sharon Wilson 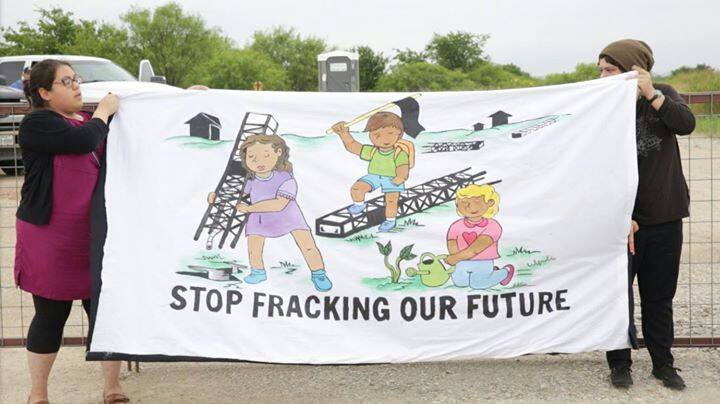 Many of the most prominent activists (both for and against fracking) would be considered by most people as “experts.” Academics from Denton’s University of North Texas continue to be some of the individuals most connected to the movement such as Environmental Philosophy professor Adam Briggle. In addition, Carol and Ed Soph brought their experience in environmental activism. In 1998, Carol and Ed won a campaign to derail the building of a copper smelter in Denton. Their experience and precautionary worldview helped shaped the movement.

Many local homeowners, too, would become increasingly involved in the public activism surrounding fracking as the debate heated. One homeowner and parent, Maile Bush, was one of many Dentonites who had not thought much about fracking in the years leading up to the ban –  until its effects took a personal toll on her family. Others such as Dwight Jillik, a local father and homeowner, insisted that the movement against fracking had nothing to do with party politics; that it “rallied this community in a way that has nothing to do with left, right or moderate views.” 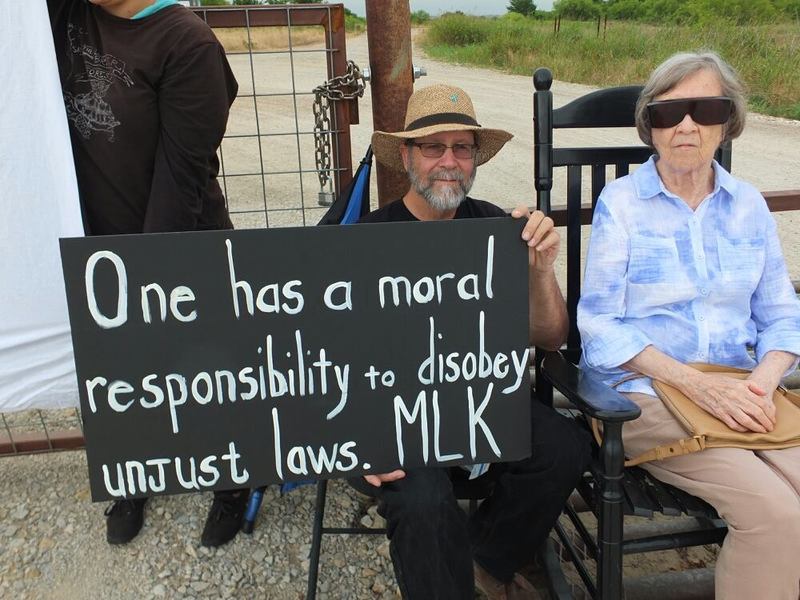 A lot of groups formed to fight fracking and gas plants in Denton, bringing all of these different kinds of people together. Organizations like Frack Free Denton or the Denton Drilling Awareness Group, Blackland Prairie Rising Tide, and Stop Denton Gas Plants all fought against fracking and HB 40. Their social media accounts, which exposed their activities to the public and encouraged local participation, serve as evidence to the widespread interest in public activism surrounding the topic.

Activism in Denton was not one-sided on the issue of fracking, though. Plenty of individual citizens, business owners, and even organizations supported fracking in the city. Though some did agree that more transparency and education about the risks was necessary, there was undeniable pushback to an outright ban – pushback that would ultimately win out in the end. Local Attorney Richard Hayes was adamantly against banning fracking in the city. A board member of the Denton Taxpayers for a Strong Economy, Hayes argued that not only was fracking a safe activity, but that banning it would cause unnecessary economic strain on the community. Many of his concerns centered around the legal ramifications of such a ban, stating that “If in fact you can ban an industry from undertaking their business, if you can ban the activity, it’s going to subject the city to multitude of lawsuits, and millions of dollars, if not hundreds of millions of dollars of liability.” Other defenders of fracking argued that Denton could lose up to three-quarters-of-a-billion dollars (though anti-fracking advocates argued that such numbers are heavily inflated)

The legacy of the Denton Fracking Ban and it’s overturn by the state has left a bitter taste in the mouth of some Dentonites, but has inspired others to push even harder in their activism. Jilik, one of many frustrated with how the state responded to a democratic decision, felt that those responsible for fracking and the vote’s overturn were unconcerned with the will of the people of Denton; “No one ever returned our calls or answered our letters about our concerns about fracking.” Others, such as Theron Palmer, his mother Violet Palmer, and his wife Elida Tamez, started their activism as a result of the threats to the ban. The frustration over the state’s response was widespread, and for many, the target of the movement’s activism shifted as a result. After the state legislation overturned Denton’s vote, Adam Briggle (and undoubtedly others) felt that fracking was only part of the problem. Not only were he and his colleagues concerned with fracking, but they now had to face an entirely new problem: in the words of Briggle, “I think the biggest point now is not what the rules are, but who gets to make them."

For more about Political Activism in Denton, listen to the following clips: