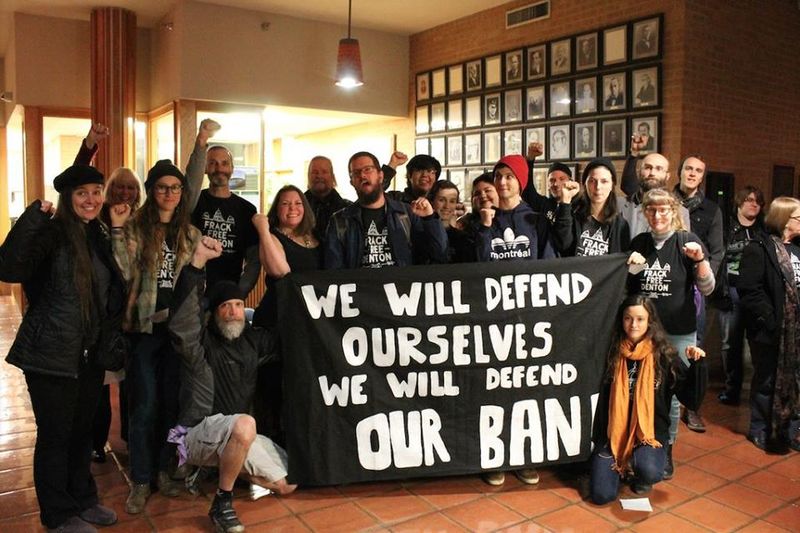 Blowout: A Community’s Engagement with Fracking explores the history of Dentonites who were spurred to political action by concerns about hydraulic fracturing within the city of Denton, Texas. The project presents a variety of perspectives within the local community and highlights narrators’ relationships with applied democracy.

Located on the Barnett Shale geological formation, the city of Denton included over 200 wells drilled by energy companies.  Increased drilling within city limits in the early 2010s galvanized many Dentonites and inspired activism in a variety of forms. Many citizens were concerned about the economic, health, and environmental implications of fracking for themselves, their families, and their communities.  Their motivations ranged from “not in my backyard” to a concern about the global impacts of fracking. 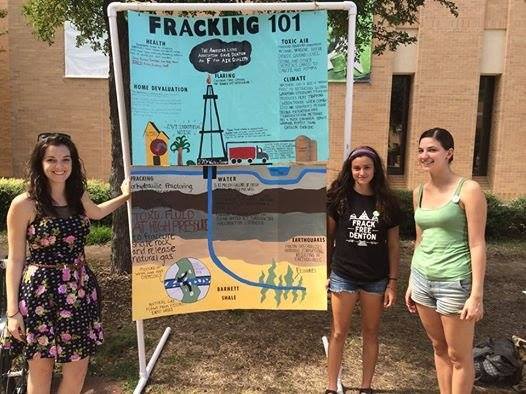 The issue came to a head around 2013, leading to a local ballot initiative in 2014 and a state-level response in 2015. Concerned citizens formed the Denton Drilling Awareness Group (DAG), which spawned the Frack Free Denton (FFD) movement. FFD members collected signatures to bring fracking within Denton city limits to the political forefront.  These efforts resulted in a 2014 ballot initiative and eventually led to a campaign to ban fracking inside the city limits.  FFD members canvased the community and hosted events to inspire support. A variety of individuals, companies, and organizations countered those efforts, broadcasting their own economic and political concerns. On November 4, 2014, the ban passed with 59% of the vote. The following day, a legal backlash ensued. On May 18, 2015, Texas Governor Greg Abbott signed HB 40, which, in effect, “banned the ban” and all future attempts at regulating fracking at the local level.

Built by a team of graduate students in Dr. Todd Moye's Fall 2019 Oral History Theory and Methods course at the University of North Texas, Blowout is an online museum that tells the story of the Denton community's relationship with fracking during this politically charged moment. Thematic pages, accessed by clicking the "three bar" icon at the top-right corner of the webpage, contextualize common threads across oral histories and media coverage. An interactive timeline accompanies each, with links to interview clips and related media.

We believe that all of the items we have included in the museum are either in the public domain or can appear here under terms of fair use for educational purposes. If you hold copyright on an item and believe we have posted it illegally or with improper attribution, please contact us.